Along the desolate Western fringes of the Namib Desert, the aptly named Skeleton Coast is a sprawling dramatic wasteland of sand-blasted shores and rusted shipwrecks.

Dubbed the “Sands of Hell” by 15th Century Portuguese explorers, it’s considered one of the most inhospitable places on earth. But the Skeleton Coast is also one of the most starkly beautiful landscapes in Africa.

Stretched like a scar between the Ugab and Kunene rivers on Namibia’s icy Atlantic coastline, the Skeleton Coast remains relatively untouched by man. You’ll rarely see more than a handful of visitors among the bleached whale bones, snarled shipwrecks and crashing seas of this rugged wilderness.

Getting to the Skeleton Coast is half the adventure. The drive from Swakopmund will take you through gravel plains that glint with the promise of garnets and crystals, colourful lichen fields and barren salt pans. And yet this harsh and uncompromising landscape is inexplicably home to brown hyenas, springbok, oryx, jackals, and the odd cheetah or rhino. If there’s something to be found here in abundance, it’s the spirit of freedom. 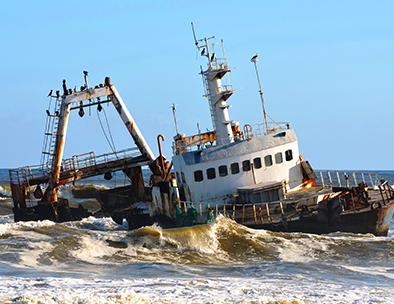 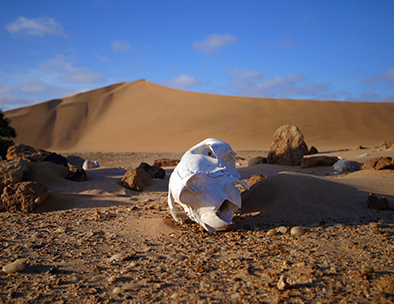 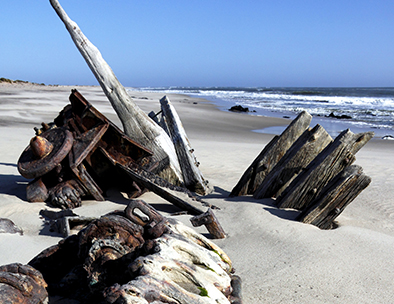 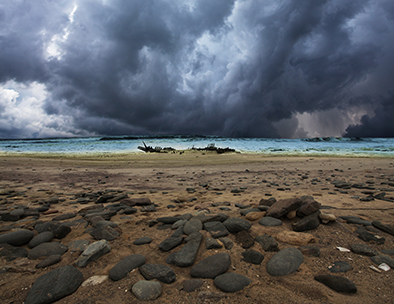 The Skeleton Coast is a year-round destination with moderate temperatures and minimal rain, but the warmer months from October to March enjoy less mist and offer up the best angling opportunities.

The famous fog for which the Skeleton Coast is known is a vital part of the ecosystem in this dry landscape; plus it makes for spine-tingling photographs.

The San, hunter-gatherers who have occupied this part of Africa for centuries, call the Skeleton Coast “The Land God Made in Anger.”

There are some 247 species of birds that have been recorded in the Skeleton Coast National Park, including the Damara Tern.

The massive barchan dunes north of Torra Bay may be less vividly coloured than their counterparts in the Namib-Naukluft Park, but are no less dramatic.

Day visitors are only allowed in the Skeleton Coast National Park between sunrise and sunset. Permits are available at the two entry gates (Ugab River and Springbokwasser).

Henties Bay: the hub of Namibia’s leisure-fishing industry, this small town offers some of the finest shore-based angling opportunities in Southern Africa.

Cape Cross Seal Reserve: this reserve (considered the smelliest place in Namibia) is home to a breeding colony of around 200 000 Cape Fur Seals, as well as the famous shipwreck, The Winston.

Shipwrecks: the Skeleton Coast is littered with ships laid to waste by the ocean’s treacherous crosscurrents – those worth seeing include: Suiderkus (1976), Dunedin Star (1942) and the Eduard Bohlen (1907).

Scenic Flights: get a bird’s eye view of the “Land God Made in Anger” – one of the best ways to experience the Skeleton Coast is from above.

Skeleton Coast on the Map

TOP TRAVEL TIP: Take every opportunity you can to pull over, get out of your vehicle and explore Southern Africa’s most surreal landscapes. 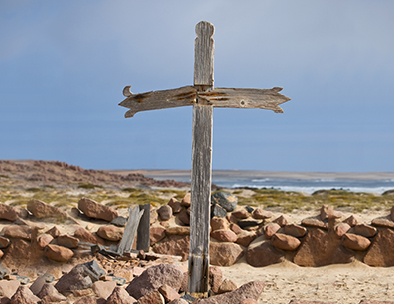 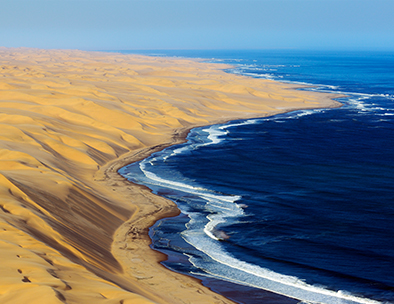 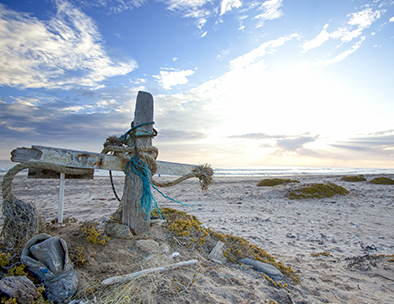 Want to explore Namibia’s ghostly shore? Speak to us today about your Namibian travel requirements. 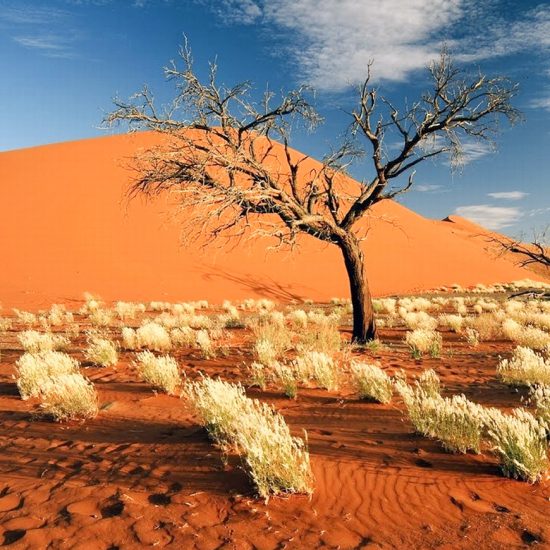 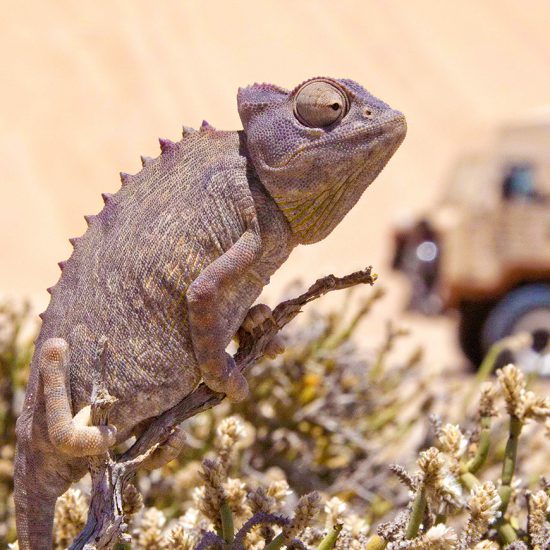 N$28200
Experience the sights and soulfulness of southern Namibia on a 9-day tour through the Kalahari and Namib Desert to Sossusvlei and Swakopmund. 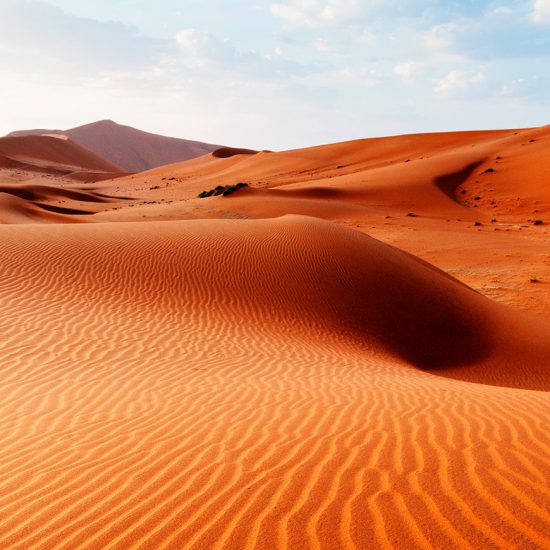